You are here:
Simpladent India 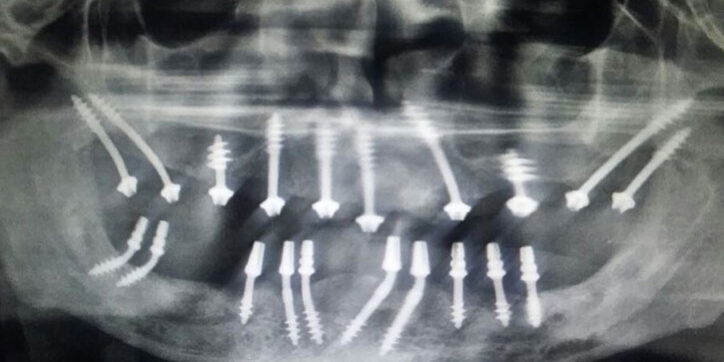 What exactly is the basal implant?

The basal implantology, which is also called cortical, or biocortical implant system, has been developed and it includes the positioning of implants at the basal cortical bone, which offers exceptional quality cortical bones because of preservation of those complex implants. The basal implant would be the most innovative among implants, effective for any state of bone. It may be used on patients who have any bone density and any bone mass. These implants participate in the exceptionally dense cortical bone that has the least propensity to get resorption. Basal-bone is found in everybody, despite acute bone loss due to gum disease or lack of teeth.

The basal implant is also known as orthopedic implants since they apply principles of esophageal surgery unlike the normal dental implants available. They’re also called lateral or disk implants. A significant reason to utilize the bone to put the implants rather than the alveolar bone is that the stress-bearing field of dental implant placement website at the alveolar bone may also be filled with teeth instantly.

There are two forms of basal implants, namely BOI and basal cortical screw (BCS) implants. The BCS was created up to 12 millimeter diameter and may be inserted directly into the extraction socket.
BOI implants are primarily utilized in several instances as long edentulous length or in conditions where multiple teeth need to be extracted or as soon as the traditional 2-stage implant positioning or bone augmentation has neglected. It’s also utilized in the event of rather thin ridges because of the decreased buccolingual depth of the bone or in patients with inadequate bone elevation.
Lateral basal implants are the kind of implants that are placed in the lateral facet of the jawbone and are restricted to the bone structures, and also the load transmission is mostly moved to the horizontal augmentation sections.

The usage of basal implants to restore role within an atrophied mandibular alveolar ridge is a powerful alternative to using conventional implant processes. These implants may be exposed to moderate loading following instant insertion. It’s also beneficial to the individual in the facets of quicker renovation of masticatory function, cost-effectiveness, and loss of further surgical invasive processes. Therefore, the regular use of the technique to aid in supplying a fixed solution to patients that cannot be suggested for traditional implant designs is possible. But, good knowledge and training have to completely guarantee the achievement of those implants.

Basal implants are the future and are completely safe for dental patients. Dental surgeon use and recommend Simpladent Implants and our implants are available for doctors from Simpladent India. Contact us for any query or placing order.